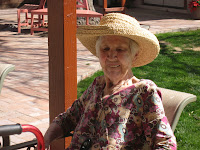 *like* because unfortunately unlike Facebook there is no convenient button! My thoughts and prayers are with Mimi and your family regardless!

My dearest friend.. my thoughts are with you and your family..... I want you to know I promise to keep MiMi in my prayers..... All my love and friendship.....

I do not know you but my heart goes out to you.
I too was blessed with the opportunity of spending the last year of my fathers life with him. I miss him terribly each day, and my mother was an artist who loved Bob Ross, and painted many many paintings too. May God ease your pain and console you in your time of grief my freind.
Gwen Niccum

A beautiful tribute Kay. I'm so sorry to hear of the loss of your wonderful family but it sounds like you really made the best of the last of her time here on Earth. My heart goes out to you and your family. She was blessed to have you and you were blessed to have her - thank the heavens for such a wonderful relationship.